After sending three kids off to college we’ve seen a lot of the schools in the south so this time we decided to investigate some of the northern ones. The great part is that they are so steeped in history. Where we’re going they have a Fourth of July but it isn’t any more significant than the third or the fifth so we really enjoyed seeing where our country was founded. If you read this post, I hope you’ll leave a comment to let me know you’ve been here.

We got to see an actual copy of a Gutenberg Bible, the first Western book printed from movable type. There are only 48 surviving copies or partial copies in existence.  We also got to see Birds of America by John James Audubon. Since it was published between 1827 and 1838, six species have become extinct.

This rare book archive contains enough volumes to keep even the most ardent bookworm occupied. Students are allowed to use the books for research but may not remove them from the light and temperature controlled facility. 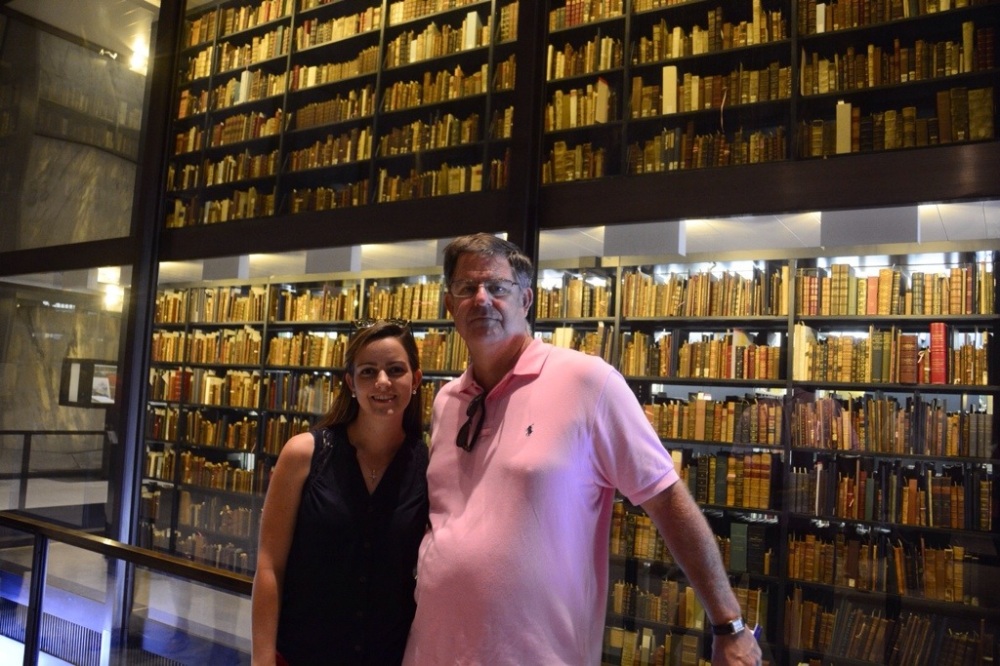 In Boston, costumed tour guides tell tales of the Bostonians and colonists who dared to challenge Britain and helped establish the United States. Our guide’s enthusiastic delivery brought history to life. 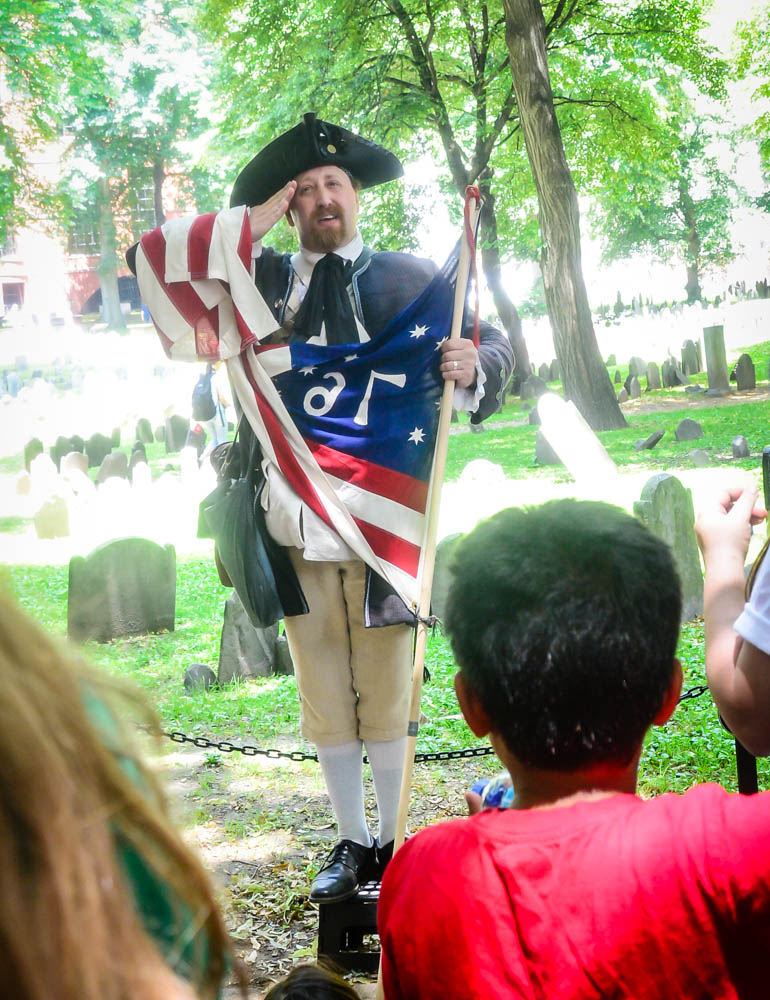 According to our tour guide, Paul Revere was an obscure silversmith until Longfellow’s poem was published 86 years later and Samuel Adams was a tax collector, not a beer maker. 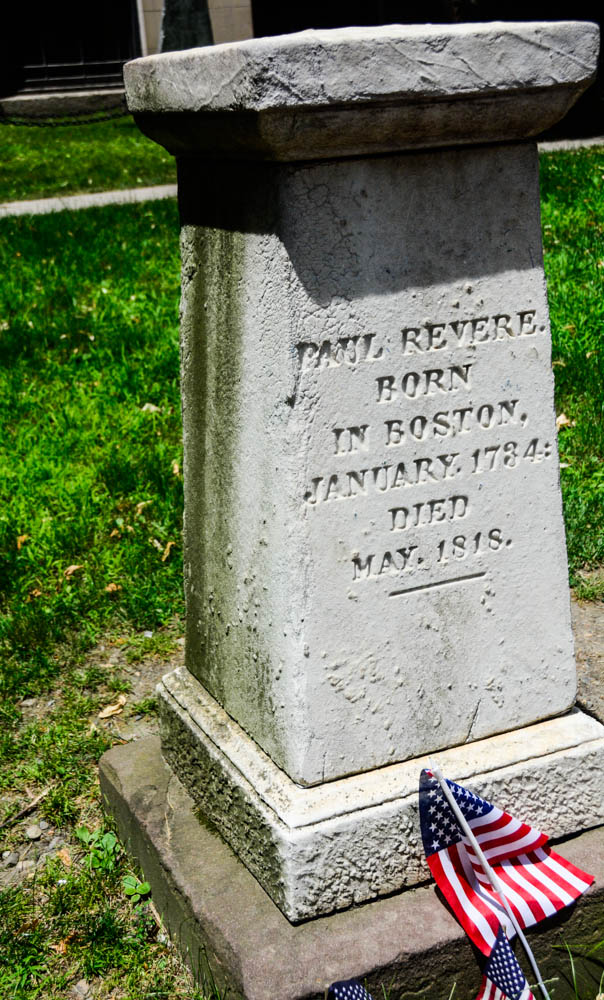 This is the “hahbah” where the famous Boston Tea “Pahty” was held. In protest of the Tea Act, colonists boarded the ships and threw the chests of tea into Boston Harbor. The British government’s retaliation escalated into the American Revolution.

The gothic architecture of many colleges is patterned after Oxford University, which is also the model for Hogwarts. As a result, there is a feeling that Harry, Ron and Hermione could come strolling across campus at any moment. Unfortunately, the none campus tours included a view of the Quidditch pitch and we did not come across any Horcruxes. 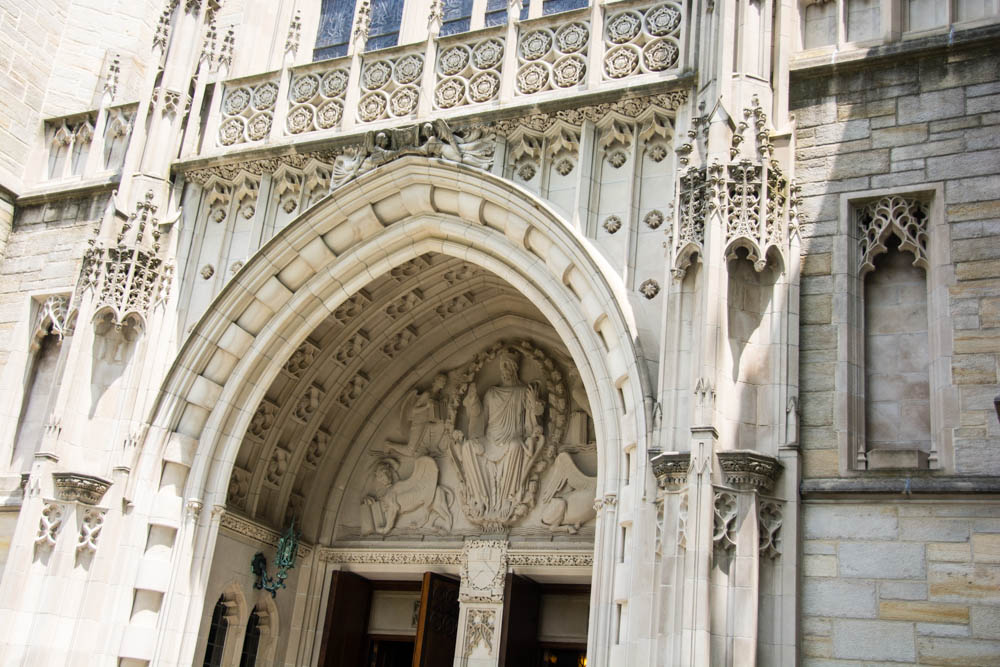