From my hotel balcony, I watched laser beams illuminate Singapore’s avant-garde architecture and wondered if I had wandered onto the set of a sci-fi movie. With Marina Bay Sands as the focal point, fanciful structures such as the Esplanade, resembling a durian, and the lotus shaped Art Science museum make the skyline look quite futuristic.

In just half a century, a glittering skyline has sprung from the ground as Singapore attained its place as a global financial and commercial center bringing with it prosperity and international influence. When Singapore achieved its independence, it was an impoverished country with massive rates of unemployment and illiteracy. Now, everything looks sparkling clean and brand new, almost like a Disney theme park. 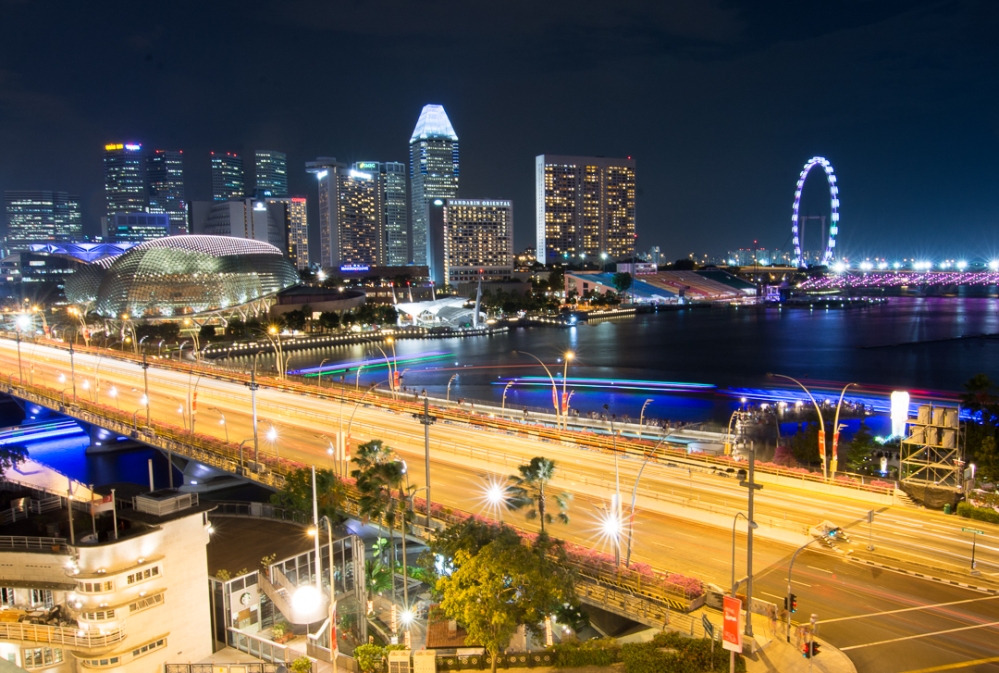 Alex and I traveled to Singapore just before they celebrated their Golden Jubilee, also known as SG50. In order to assure that everything went smoothly on the big day, they held rehearsals all around the bay including fireworks, a laser light show, a military parade and multimedia displays. It was a spectacular display, even though it was only a warmup.

We stayed at the iconic Fullerton Hotel, recently named a national monument. The hotel has breathtaking views of Marina Bay and the city’s skyline so we had a perfect view of all the preliminary festivities. 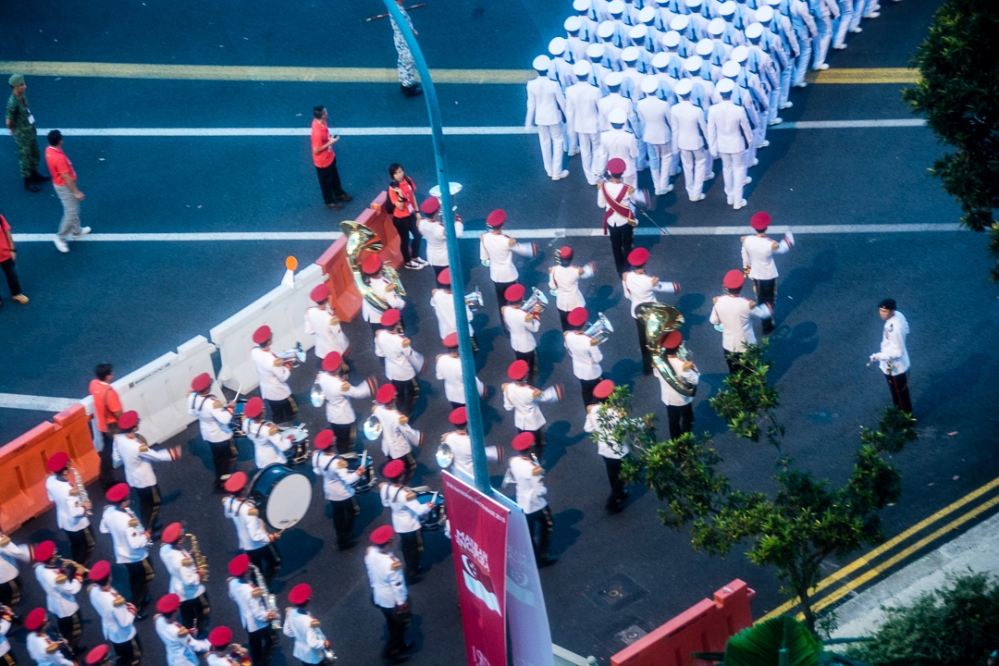 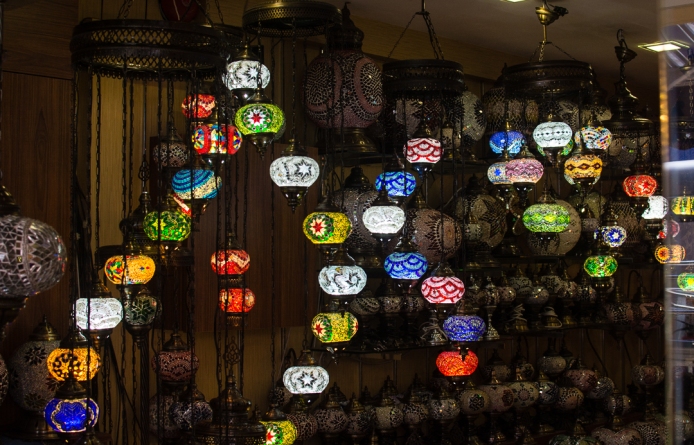 That evening, we strolled past the scores of restaurants and cafes lining the waterfront. We picked a lovely little place and ordered dinner and wine while enjoying the beautiful view. That is, until a group of drunken American twenty-somethings inhabited the table behind us.

Speaking loudly of such things as are not usually discussed in polite company and taking the requisite selfies, their ranks continued to grow as they got louder, drunker and more profane. By now, the restaurant’s flustered staff had gone into hiding so for some reason I thought it was my duty to inform them that the entire restaurant could hear their raunchy conversation.  They appeared momentarily mortified and I thought the table next to mine might actually break out in applause. Sadly, the rowdy group’s chagrin was extinguished by the next round of drinks. It’s times like that when I claim to be Canadian.

This girl could really play. 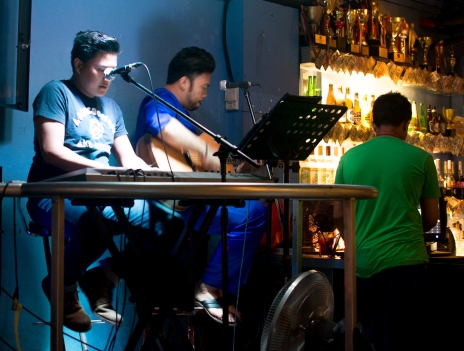 We enjoyed this band tucked into the corners of a small restaurant.

One of our very favorite things is to listen to music by the water so we checked out the live music in the Clarke Quay area. We settled in a little outdoor bar and enjoyed the small but mighty band they had wedged into the corner. It was a super ending to our stay in Singapore.